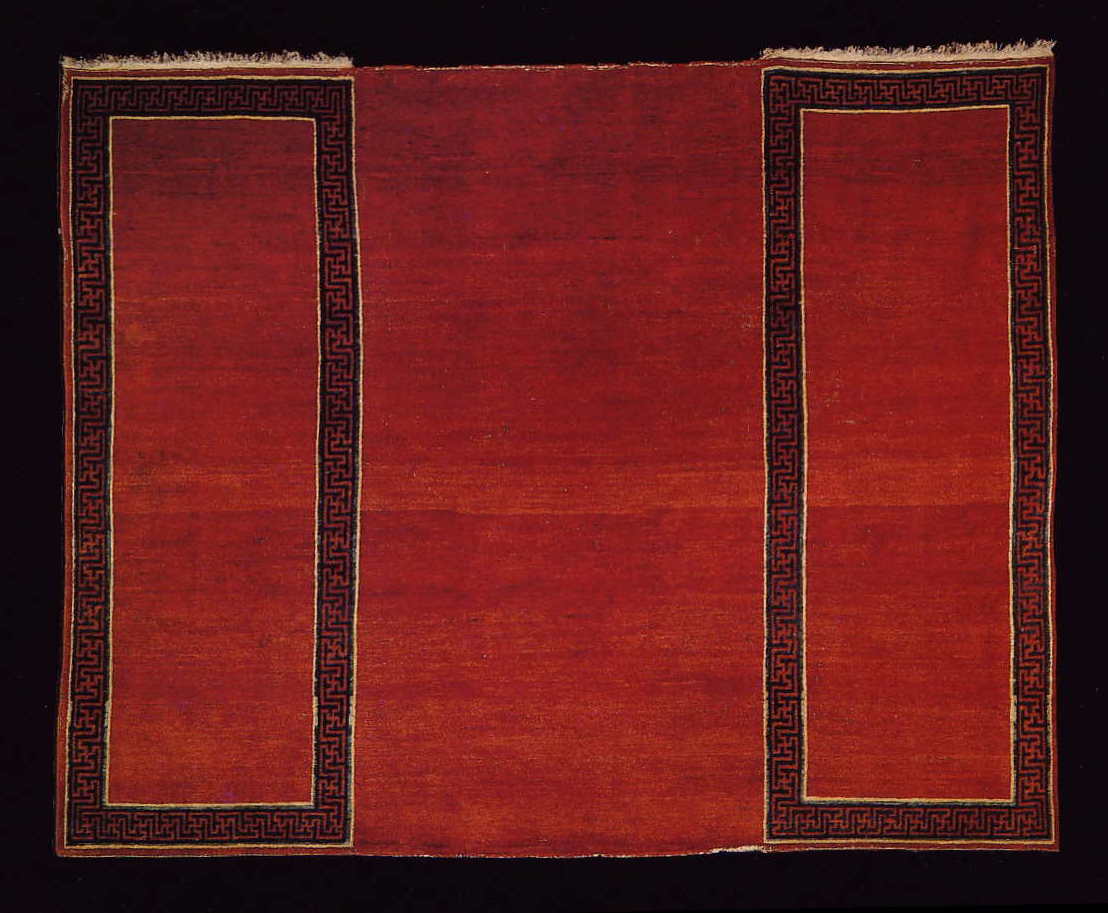 Some of the oldest known knotted carpet fragments have been found in East Turkestan.Although a major stop-over on the Silk Road,it now seems likely that many items were produced locally.The later entry of Alexander into Central Asia,and the art of Gandhara,introduced Greek light into the area.Our knowledge of carpet producing areas derives chiefly from the work of Hans Bidder,whose sources were Chinese carpet dealers.Their veracity cannot be confirmed,but as is customary in the literature on the subject,when geographic terms are understood as branding, sense can be made of the whole.Thus Khotan defines a rustic,Kashgar a floral,and Yarkand an aristocratic style.Until otherwise proven,and as there is little evidence for production elsewhere,we can presume that the majority of carpets were woven in diverse manufacturies and at differing levels of accomplishment in the sprawling Khotan Oasis.

The three groups can also be divided by technical aspects,with the Khotan carpets loosely woven in a woolen Vase-Carpet style with three wefts of white and coloured wool on a cotton warp(although woolen warp is not unknown)a prevalence of silk carpets from the Kashgar area;and a frequently blue-wefted hard-beaten depressed warp structure from Yarkand.The placenames have no basis in fact and simply function as an orientation vis-a-vis structure and style.A large group of carpets attributed to the Gansu corridor in Western China will not be considered here,except as in such instances where an attribution is possible to E.Turkestan.The complex subject of silk rugs from the area may be taken up at a later date.


A group of carpets with medallion and abstract dragon/sepent design have been thoroughly reviewed in Hali 110.There are two types,rectangular and rounded.


The following links to the Flickr main albums page: