Unlike Iran,where ties between the textile and carpet producing branches frequently occur, few such connections can be observed in Ottoman Turkey.In 1908 F.R Martin published a yastik from the Victoria & Albert museum which seems to have been concocted from a Çatma velvet. Another group of Turkish carpets stymied the author for many years,till he came across an Ottoman velvet from the Kelekian Collection.The similarities are so obvious as to render further explanations superfluous.That the Ottoman textile trade was influenced greatly by the Italian seems now accepted, and the thought that a rare and magical group of Central Anatolian carpets grew out of such a cross-pollination is likely to be anathema to afficionados of such rugs.Yet it appears to be true.Further investigations would no doubt extract more data along these lines. 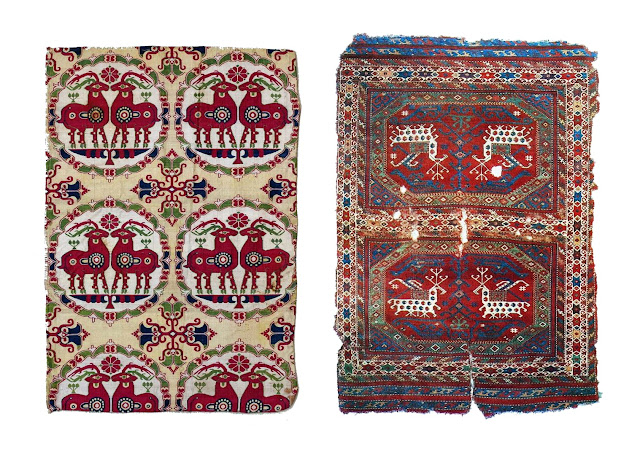 Posted by John Andrew Taylor at 09:23 No comments: