An interesting carpet will be offered at the Dorotheum Carpet Auction on the 2nd May 2012.
link


In Hali 109 it was ascribed to the collection of famed horticulturalist Jim Dixon(page 104)The Skinners/Dixon rug appears much older-on the Dorotheum rug the small outer Bergama border is the giveaway.Both rugs feature an inverted re-entry design.

But both pieces pale compared to the insanely great "Tombstone" prayer rug in the TIEM.

Without doubt one of the boldest of rug creations,from the time of  wide borders,from the Seljuk time...

Posted by John Andrew Taylor at 09:06 No comments:

Writing in Hali 55,Christine Klose admonishes us to trace designs back to their "simplest"prototypes,if we would"achieve a real understanding of what such things might mean,or once meant"Klose posits a 4-phase development,whose starting point is a Caucasian silk embroidery at that time in the Pakzad Museum in Hannover.

The second phase is represented by a NW Persian carpet,currently on offer at Christies,in an abbreviated form(Christie`s 24 April 2012,lot 39,the Cornette St.Cyr carpet)

The third phase is embodied by the famous James Burns rug.
Archaic Perepedils

Frau Klose`s discussion is problematic for a number of reasons.It is difficult to believe that the origin of these carpets can be localised to one silk embroidery.The comparison with two other embroideries in her article is vague.The progression from the Pakzad embroidery to the Cornette carpet is clear,but the piece may not be much older than the Burns village rug,whose Anatolian influence(first proposed by Ian Bennett)is obvious,despite her dismissiveness.Her argument is elliptical in the extreme.A slight excursion via the Bernheimer Dragon and large Palmette carpet is unconvincing,and an over-attention to detail and concentration on mutating floral forms was perhaps her undoing.We cannot know whether the embroideries came first or not.The designs in question evolved over a period of at least two hundred years through a process of copying and cross-pollination. Transferring designs from one medium to another invariably transforms the original;even more so when the carpet designs are re-copied in embroidery.This would have been the case had the embroideries with carpet designs also functioned as wagirehs.

There is another group of Classic Caucasian carpets which entirely escaped Frau Klose`s attention.This is the Medallion-Leaf Group,of which at least 17 examples are known,ten with a red ground and seven on blue.The blueground pieces have been the subject of more attention,and they are in the main more impressive.The Chadbourne has been touted as the earliest due to its animal depictions in Dragon style,but most of the group do not have animal forms,except in the most debased style.The Schürmann carpet has them in full pomp,but is surely a later example of "archaizing".Most of the good Perepedil carpets of the 19th century have clear animal depictions.

The group as a whole represents a much more convenient trajectory for the Proto Perepedil,than the abstruse path which Christina Klose chose to tread.Apart from the obviously similar main motif,in a number of examples the Anatolian rams-horns start to appear.(Paris,Willborg,OS,Sothebys 1992,V&A)

Four examples are known.The Nagels carpet from 1984,and the item published in Hali 86,page 121,described as a "Herat".

Both appear to have been modelled directly upon Caucasian silk embroideries,and seem to have used the same cartoon.A more simplified version was published by David Bamford in Hali 73,page 23,and a further piece recently surfaced at a German auction.The latter two rugs appear to be Anatolian.The origin of the first two is unknown.

Posted by John Andrew Taylor at 11:17 No comments:

Christie`s online catalogue seems to have used the TIEM Seljuk carpet,which is more or less complete,to illustrate the fragment currently on offer.


The actual fragment appeared on the Internet:

(where it could be insouciantly admired)


Hopefully the error has not been repeated in the printed catalogue.
Posted by John Andrew Taylor at 05:47 No comments:

A call for information shall not go unanswered.Carlo Kocman`s interesting rug is a member of a small group of prayer rugs whose design is based on the "Swastika" or "Pinwheel" kazak.The pinwheel group is a large pack of rugs which can be divided into two stacks:those with minor ornaments in the field,and those without.


The ornamented type is more common.A standard medallion -and-hooks border is shared between both groups,and there are a few border variations.Otherwise they are interchangeable,and standards of excellence rely purely on harmony and proportion.Most classic types of 19th century caucasian rugs are available in a prayer format,although a Star Kazak version has yet to be sighted.There are two types of Pinwheel prayer rugs.In the first,the original form with its ramshorn curling leaf and sloping beams is still clearly derived from the original main carpets;in the second group the beams have disappeared,and the swastika forms have been condensed into isolated free standing figures-this is the "plinth-ing"common in late 19th century Caucasian rugs.


Writing about this in 1981,Ian Bennett could not remember having seen another similar example.Optimistically dated 1122.


A last piece with the original form was published by George Gilmore:


The first publication of such a piece(1922)

The third piece with this border.

The Bausback piece is similar to the Kocman.

The swastikas are in this author`s opinion a faint reminiscence of the original dragon forms seen on 17th century Caucasian carpets.

Posted by John Andrew Taylor at 09:40 No comments:


Amongst the many fascinating pieces uncovered by rugrabbit during its recent foray into the world`s museums,three items are of particular interest.


First published in the catalogue to an exhibition of carpets at the Cleveland Museum in 1919,and later by Maurice Dimand in a controversial article(The Art Bulletin 1923)this large medallion carpet from the Ballard Collection has had a chequered career of changing attributions.Starting life as 15th century Persian,it mutated to late 16th-early 17th century Asia Minor,before ending in the Met`s carpet catalogue of 1973(page277-8)as late 17th-early 18th century,declared as Caucasian.It formed part of a spirited rebuff from Arthur Pope in 1924("Research Methods in Muhammadan Art")Pope took Dimand to task for his over-reliance on dating Persian carpets based on Miniature paintings.The Ballard  piece is in fact(according to Dimand and the 1973 catalogue entry)Turkish knotted,although this was no reason for Pope to rule out its North West Persian origins("inasmuch as most Persian rugs and practically every Caucasus rug are woven with a Ghiordes knot")This is clearly false when applied to the Tabriz Medallion carpets,all of which are Persian knotted.However,according to a recent analysis by P.R.J Ford,the carpet IS Persian knotted.

Read more »
Posted by John Andrew Taylor at 11:11 No comments:

Charles Grant Ellis`s house is up for sale.

This post rounded off with a personal letter and its subject. 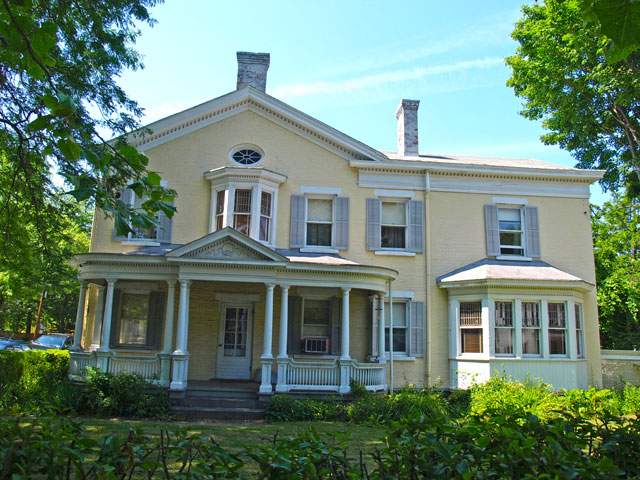 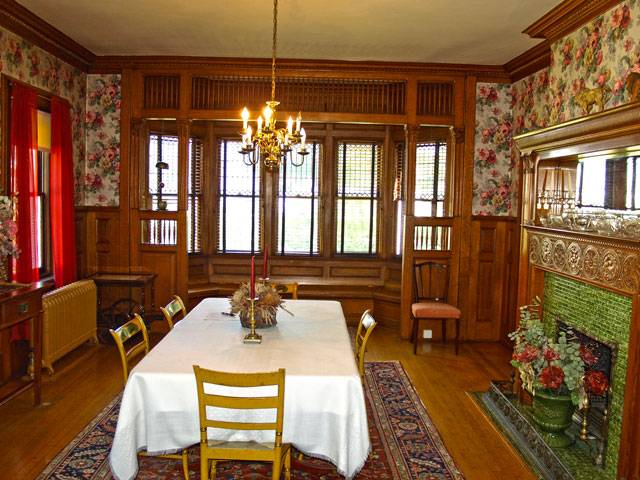 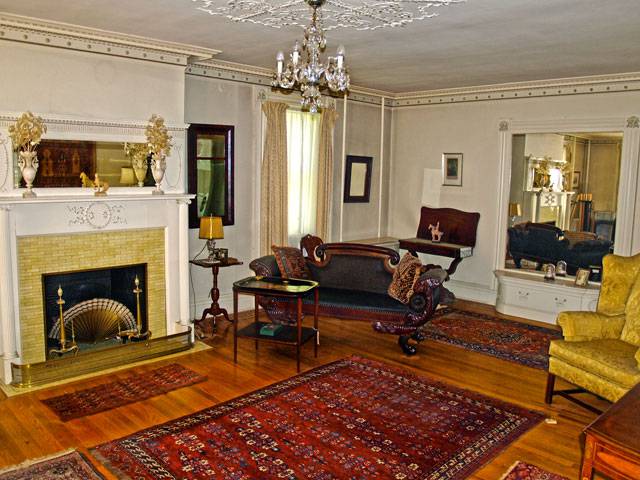 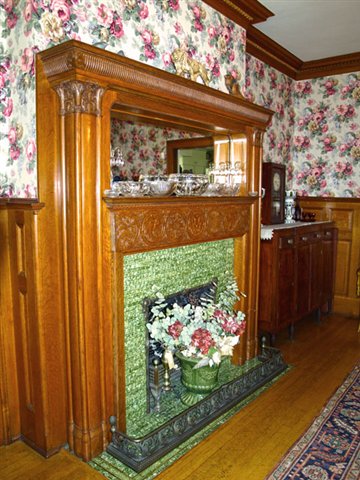 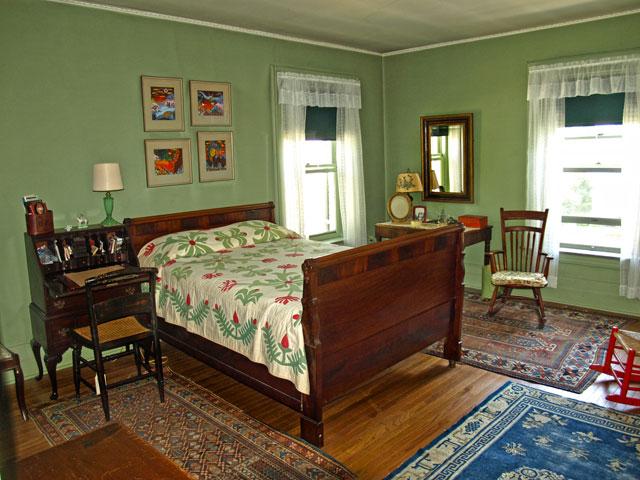 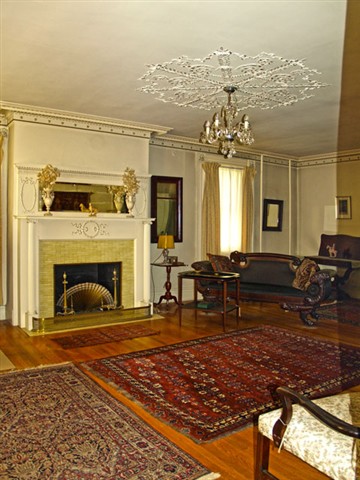 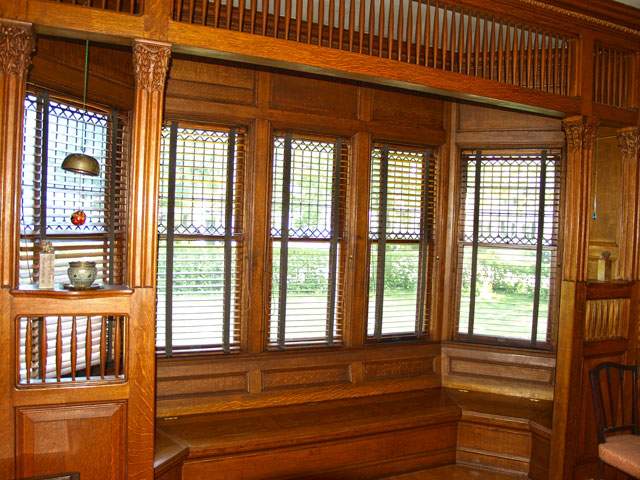 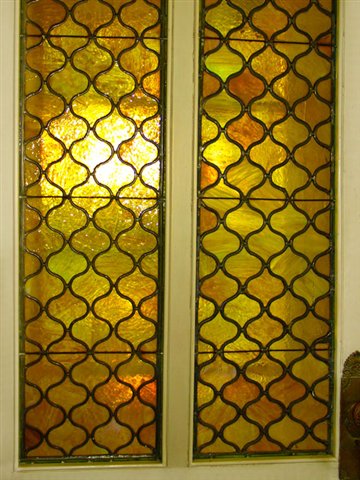 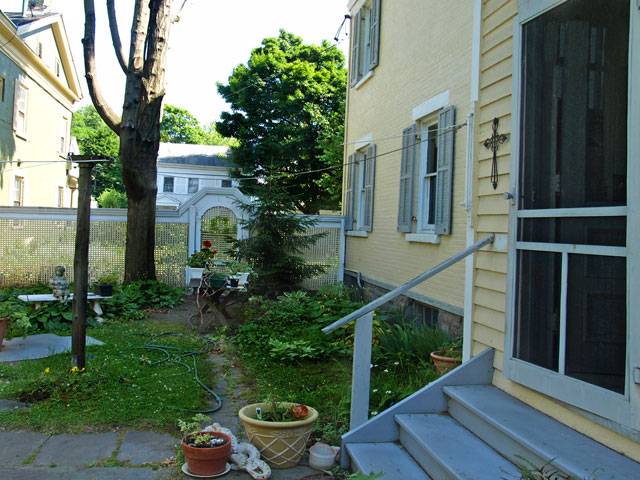 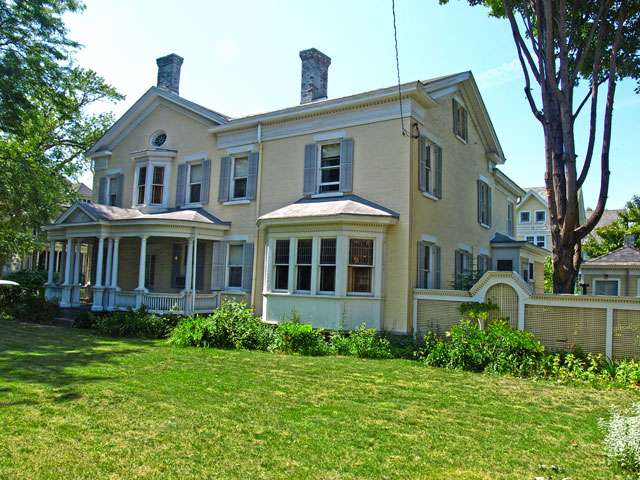 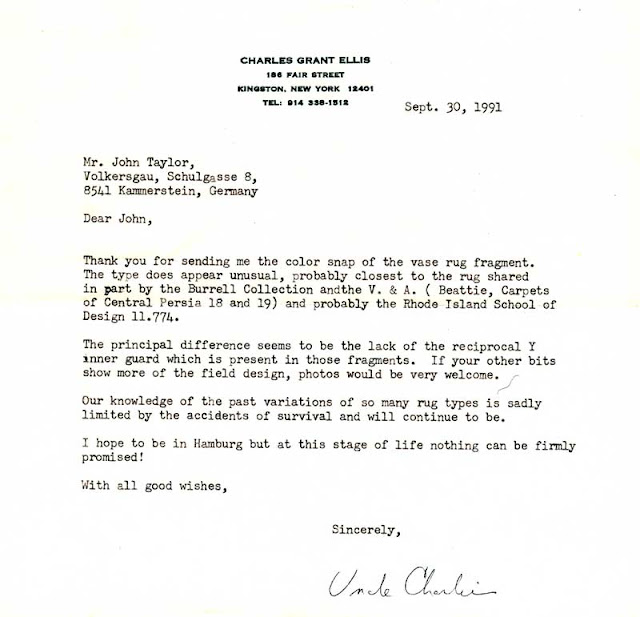 
This piece was offered for sale at Lefevre`s in April 1984,and again in June 1985.It is one of a small group of five with rounded central medallions,the other three having been published by Batari,Douglas,and Ronnie Newman.
Click for more photos


There are two major types of 19th century Kula rugs,the Demirci(medallion)type,and the Komürcü(prayer type)These two are often confused in the rug literature.A third cluster features large palmettes and is used mainly on long rugs.Within the Demirci there are again three subgroups:Group A,perhaps the oldest,is also closest to its Transylvanian forebears;Group B,perhaps the most common,with an elongated lozenge medallion.Both groups feature vases  as in Transylvanian carpets .Group C  carpets employ a rhomboid medallion flanked above and below by tulip and carnation forms,again betraying their Cairene origins.All three major groups invariably  employ a yellow-ground border with an undulating meander and 3-flower design,which also occurs in East Turkestan carpets.


From the Manoyan Group,the Douglas carpet best demonstrates the Cairene connection,when placed side by side with a carpet from the Textile Museum.The Douglas piece has rounded corner medallions in the "etcetera" style.The seahorse appendages connected to the central medallion(via Transylvania)are actually the Saz leaves of the Egyptian carpet`s field,transformed and attached.(the leaves are quite distinct on the large palmette group)The colour schemes are not unalike,with much white,pale yellow,and strong primaries.Even the overall shape in this case is similar.

Technically the Kula(Demirci)carpets have a depressed warp,and use a curious wefting technique:rows of single weft alternate with two shoots,producing a loose and floppy weave.This is not unlike the "soft"vase technique of three wefts employed in the Khotan carpets(with a similar handle)One might describe the Kula technique as a soft vase(3 weft) weave with a row of knots inserted between the three wefts.Despite the use of Turkish knotting(as opposed to the Khotan Persian knot)the backs are quite similar.


Prayer rugs from the Kula area have a long history,perhaps due to the proximity of Ghiordes.There are numerous reproductions of the simpler type of 18th-19th century prayer rugs,usually in black and white,and instantly forgettable.Presumably large numbers were faked.The "Komürcu" type of Kula carpet simply refers to any rug with a brown ground,but has come to be associated with the prayer rugs,which are in fact a mixture of the Bellini Style and the highest quality Transylvanian carpets,albeit for the modest purse.The best types are characterised by an upper panel of calligraphic inscriptions,which in later(or simpler)examples either disappears or is perfunctory.A salient example,now in the Keir Collection,retains its re-entry modus and Siebenburger Cartouche borders.

The early 19th century piece shown here has lost its closed re-entry character but still sports a pidgin calligraphy.The border is typical,and interestingly employs a ragged leaf and vase carpet palmette as seen in a group of Indo-Persian Red-Ground Floral carpets.In the late 19th century this cluster squeezes a vase between the lower ex-mihrab,with a large sprig of flowers in the field.One last Transylvanian reminiscence.

This may also be a symbolic depiction of a grave,adorned with flowers.A famous group of Kula carpets,the Mezzarlik, represents a graveyard with cypress trees.

One last connection to East Turkestan can be found in a small group of prayer rugs,which also employ a calligraphic panel above the mihrab.In terms of this discussion a long shot,but who knows which ideas were transferred back and forth along the Pan-Turkic Highway?
more East Turkestan prayer rugs

Posted by John Andrew Taylor at 09:20 No comments: